The Department of Computer Science is the flagship department of the Erik Jonsson School of Computer Science and Engineering of the University of Texas at Dallas (UT Dallas). UT Dallas is a dynamic, rapidly growing institution made up of seven schools that feature an array of outstanding undergraduate and graduate degree programs.

With more than 20,000 students and nearly 800 faculty, UT Dallas boasts a freshman class that consistently ranks among the top three in Texas in terms of SAT scores, number of National Merit Scholars and students in the top 10 percent of their high school class. And with plans to significantly increase the size of its student body, faculty and research funding in the coming years, the university has added more than 700,000 square feet of classrooms, laboratories and other new space since 2001.

The Erik Jonsson School of Computer Science and Engineering has taken a leading role in the university’s ambition to become a top-ranked research university. The school features more than 100 faculty and many departments, with the Department of Computer Science being the largest, and has significantly expanded in recent years. 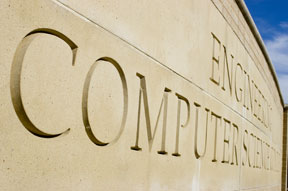 The Department of Computer Science offers degrees in computer science and software engineering as well as interdisciplinary degrees in telecommunications engineering and computer engineering. Having moved into a new 152,000 square-foot building with 10 modern classrooms in 2002, the department is committed to merging theory with practice, challenging curious minds to play a leading role in creating next-generation technologies.